It has been 80 years since Kristallnacht (“Crystal Night”), yet today there are still eerie echoes of the horrific event. Kristallnacht was an organized attack against Jewish people in Nazi Germany that took place on November 9 and 10, 1938. Kristallnacht is also known as the Night of Broken Glass, named for the shattered glass from store windows and synagogues that blanketed the streets in the aftermath of the attacks. These attacks devastated the Jewish community, leaving over 7,000 Jewish businesses destroyed and nearly 100 Jews dead. More than 30,000 Jewish men were arrested and sent to concentration camps.

Although news of the brutal event was met by shock and outrage internationally, Kristallnacht was the culmination of anti-Semitic policies and beliefs in Nazi Germany. Prior to the rise of the Nazis, Jews in Germany generally had the same legal rights as all German citizens, although they were banned from university teaching positions. However, after Hitler came to power as chancellor in 1933, the Nazis began to broadcast propaganda that singled out German Jews as the reason for various misfortunes, such as Germany’s loss in World War I. This was quickly followed by anti-Semitic laws that systematically removed Jews’ rights. Jewish people could no longer be employed in civil service posts, including any teaching positions, not just at the university level. The Nazis also organized a boycott of Jewish businesses, and German businesses stopped serving Jews. 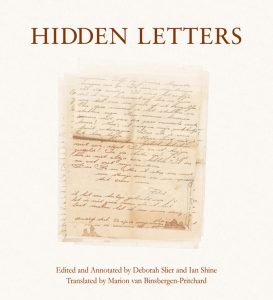 These policies culminated in the Nuremberg Race Laws in 1935. The Law for the Protection of German Blood and German Honour forbade marriage and extramarital intercourse between Jews and Germans. It also prevented the employment of German women under 45 in Jewish households, under the assumption workers would be forced into such relations by Jewish men. Another policy, the Reich Citizenship Law, stated that only those with “German or kindred blood” were citizens of Germany; everyone else would be subjects of the state, stripped of basic rights. This law never defined “German or kindred blood,” but it did identify Jews as a race, rather than a religious community. Therefore, anyone who had a grandparent born into a Jewish religious community was considered Jewish, whether or not they identified as one. German allies such as Italy, Romania, and Slovakia passed similar laws. It is important to note that although these laws specifically targeted Jews, they also applied to black and Romani people.

The Nuremberg Race Laws allowed Hitler and the Nazis to spread the anti-Semitic sentiments that fueled their party in an organized manner. Many Jews sought to emigrate elsewhere, but faced difficulties both domestically (they were required to pay 90 percent of their wealth to Germany as tax for leaving) and internationally (other countries condemned Germany’s anti-Semitism, but refused to take in Jewish immigrants). The Nazis wanted to further escalate their anti-Semitic campaign; they just needed the right opportunity.

And then came the perfect scenario: the shooting of German diplomat Ernst vom Rath at the German embassy in Paris. The perpetrator was Herschel Grynszpan, a Polish-Jew refugee born in Germany. The shooting is commonly thought to be politically motivated, as anti-Semitism displaced the Grynszpan family from Germany, where they had lived for many years. Grynszpan made no attempt to escape arrest after the shooting. In custody, the French police found in Grynszpan’s pocket a postcard addressed to his parents that, in part, read, “. . . I could not do otherwise, may God forgive me, the heart bleeds when I hear of your tragedy and that of the 12,000 Jews. I must protest so that the whole world hears my protest, and that I will do. Forgive me. . . .” Grynszpan was taken into Nazi custody, but his scheduled trial was canceled and his fate remains unknown to this day. 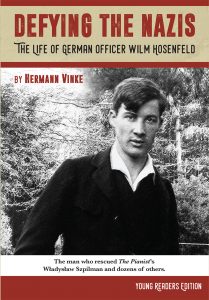 In response, Propaganda Minister Joseph Goebbels ordered Nazi Stormtroopers to ignite violent riots disguised as German people protesting against Jews. Then, he sent instructions to the police and army to only interfere if the rioting threatened non-Jewish businesses. And thus, Kristallnacht commenced.

Kristallnacht has been largely regarded as a precursor to the “Final Solution” and the Holocaust. Although several countries severed diplomatic relations with Germany over the attacks, there were largely no consequences to the Nazis, enabling them to further destroy the Jewish community.

It is more important now than ever to teach tragic events like Kristallnacht so we as a society do not repeat the atrocities. By studying Kristallnacht and the Holocaust, we come to understand how these events were not isolated incidents, but rather a climax of variables such as authoritarianism, racism, dehumanization, and the neutral response of people not directly affected by such policies. It is only by becoming aware of the cause and effect of Kristallnacht, the Holocaust, and other similar events that we can work to prevent future brutal incidents.

Here at Star Bright Books, we aim to do our part to teach the lessons gleaned from the Holocaust by engaging readers with books about the time period from varying perspectives. Hidden Letters provides a look at life under Nazi rule. Philip “Flip” Slier, only 18 when he was sent to a concentration camp in Holland, wrote detailed letters to his parents almost every day, chronicling his life under German occupation. In Poland, German officer Wilm Hosenfeld lived his life in accordance to his own moral compass, despite the contradiction with the beliefs of Germany’s leadership. Defying the Nazis follows Hosenfeld’s life from his youth absorbed in nationalist propaganda to his maturity into a brave soul who helped rescue dozens of people from the Nazi regime.