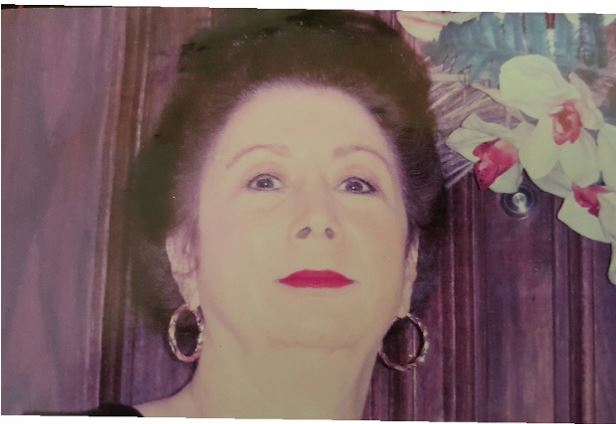 After devoting much of her life to education, professor emerita and social worker Diane de Anda recognized a need for children’s books in which Latino children could see themselves and their families. She began to write stories where Latinos were the main characters. Many of her twelve children’s books have won numerous awards.

In this Artist Spotlight, Star Bright Books talks with Diane, author of the book 21 Cousins. Diane shares about her life, her entry into children’s book writing, where she finds inspiration, and the themes that inform her approach to writing for children.

Star Bright Books (SBB): What was your favorite book as a child?

Diane de Anda (Diane): My favorite book as a child was E.B. White’s Charlotte’s Web. I read it at least three times and cried each time Charlotte died. When I was a freshman in college, a new friend (who is a close friend to this day) and I bonded over this mutual experience in our childhoods.

SBB: What inspired you to start writing books for children?

Diane: I had already been writing short stories for adults that included elements of my culture and people I knew who were not like most of those who appeared in the literature to which I had been exposed in college. When I began to buy books for my children, I realized that there were few in which Latino children could see themselves and their families; so I decided to write some myself. I remembered how different the Midwestern family in the Dick and Jane readers of my elementary school days seemed to me.

SBB: Who are some of your favorite Latino writers and artists?  How have these creative individuals inspired your own writing?

Diane: Among Latino writers, my favorite book is Isabel Allende’s The Stories of Eva Luna, because it is so beautifully lyrical. The works of Kahlo, Tamayo, Rivera, and Siguieros grace my walls.              However, they have not served as inspirations for my writing. The inspiration has come from the stories of their lives told to me by my great-grandparents, grandparents, parents, and other relatives, by the experiences of all the people who have confided in me both personally and professionally as a social worker and social work educator, and by my own experiences beginning in childhood. I find the everyday lives of people, their struggles and their joys, to be inspiring, rather than those whose lives have brought them fame.

SBB: Having written everything from children’s books to academic articles and even satire, do you see central themes or driving forces in all your work?

Diane: Most definitely, there are unifying factors. Most are driven by some issue which impacts people’s lives, be it personal, familial, societal, political, or even historical. Many of my short stories deal with the impact of historical evens (e.g. war) on the trajectory of people’s lives. Some of the children’s books deal with issues from a child’s perspective such as [the] deportation of a family member, a grandfather’s progressing dementia, healthy eating, etc., but all in the context of a story and a supportive family.

My latest book, 21 Cousins, deals with appreciating diversity within Latino culture in appearance, talents, and abilities and is aimed at correcting stereotypes. I write some things simply because I like to laugh and make others laugh too.

SBB: Can you share a bit about how you think humor and learning relate?

Diane: I was a junior high school teacher for four years, and had to find ways to get 250 early teens to be interested in history and English. Throughout my lesson plans I would add what I called “Motivational Activity,” which often had a component of humor. This perked up interest in whatever we were studying and motivated them [students] to engage in the learning process.

Sometimes humor can illustrate a point in a less threatening way. Humor can also add nuanced meanings. Most of all, humor adds a bit of a respite, and, I think, provides a different type of cognitive processing.

SBB: What are some ways your teaching experiences in social welfare inform your approach to       writing books for children?

Diane: My focus has always been social work with families and children whether in teaching, practice,  or research. This has given me an intimate knowledge of all the issues and situations with which they are dealing and the types of things that bring joy and pleasure into their lives. The field of social welfare also teaches us to listen to children and to find ways to have their voices heard.

SBB: What approaches do you take as a writer to assure you books educate and entertain without being overly didactic or moralistic?

Diane: As a writer, I have always followed the dictum “show not tell,” which helps keep one from becoming too didactic. In children’s books, I often have a child narrator who speaks in a straightforward and concrete manner, which also helps keep the text from becoming didactic or moralistic. I try to set things up so that readers can come to their own conclusions. I can’t stand anything “preachy” and prefer to let natural consequences do the “preaching.” Also, I try to present situations that show different perspectives rather than always a clear black or white view. Finally, the use of humor can get across a point without sounding too didactic or moralistic; that’s why I enjoy satire.

SBB: What were the biggest challenges and most exciting moments you encountered in the journey of your new book, 21 Cousins—from conceptualizing the idea through seeing it published and shared with the world?

Diane: Stereotyping has always bothered me. Being fair-skinned with reddish brown hair, I was often asked the rudely phrased question “What are you?” When I identified my ethnicity, the response was an equally rude reply: “You don’t look Mexican.” My snarky retort eventually became: “We come in all colors.” My large extended family did come in all colors and were loved as such. Even though diversity in appearance first came to mind, I knew I had to move people beyond that, to recognize and appreciate, in addition, [the] wonderful diversity on many levels, particularly in talents and abilities. The challenge was covering as many areas as possible that were contemporary, and so I included academics, athletics, music and dance, and technology. I tried to normalize the different appearances adolescents chose. I included children with disabilities, but focused on their talents or relationships rather than their disability, which did not define them. It was a pleasure working with my publisher, Deborah Shine, as we edited and shaped the different characters and made sure the illustrations were congruent with the descriptions of the children.

SBB: What are some things you learned in the process of researching and writing 21 Cousins, and, in turn, what do you hope readers take away from it?

Diane: One interesting thing I learned in the process was that I am actually one of twenty-one first cousins! When I first thought of the book, that number just popped into my head randomly, or so I thought. At some point in my life, I must have counted cousins and that number lay buried.

What I hope readers take away from this book is not just an end to stereotyping, but an appreciation of diversity and all the wonderful assets this offers to society along with a desire to have all children develop their talents and abilities and make their contributions to society. More subtle is a recognition of potential loss because of inequities.

SBB: Imagine there were a page in 21 Cousins featuring you!  What objects or surroundings would be around you in the accompanying illustration?

Diane: The illustration would be filled with lots of animals of all different species, as I have had (and loved) dogs, cats, rabbits, [and] chinchillas all in the double digits, as well as guinea pigs, hamsters, a large white duck named Henry (who sat next to me at age eight as I sang to him), a two-foot-long iguana named Spike who loved to have his neck scratched, various birds, a chipmunk, a gopher before he chewed his way out of his wooden cage, and many more. 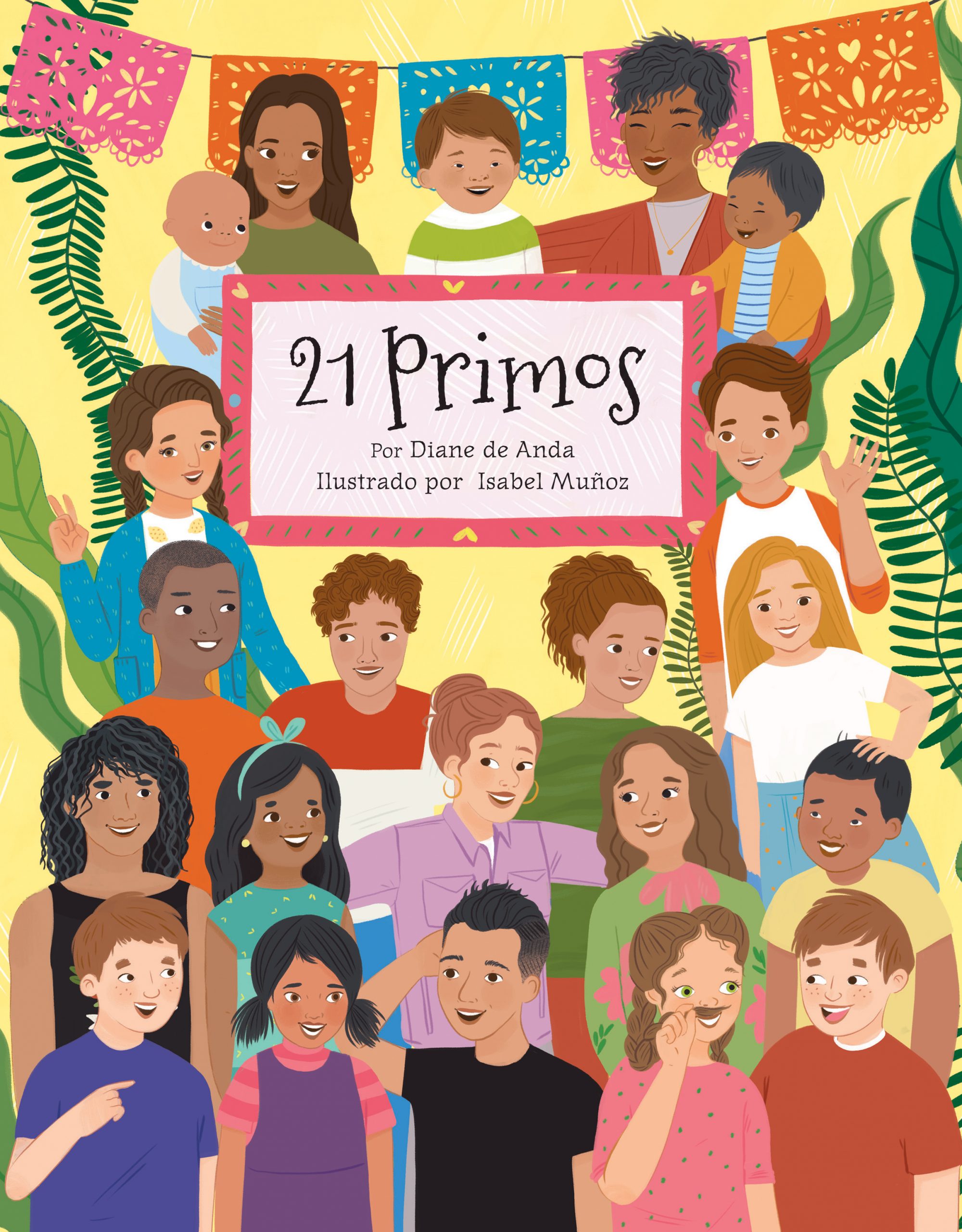