Trick or treat, smell my feet, give me something good to eat!

It’s almost Halloween, and that means the time for little gremlins to descend upon houses and ask for candy is near. As people flock to stores to stock up on fun-size chocolates, consider this: Halloween is the most commercially successful holiday in the United States after Christmas. Studies estimate that Americans spend $2.7 billion on candy for Halloween. And this number doesn’t account for costumes or decorations! How on earth did this very expensive, but much loved, tradition come to be?

The Celts, who lived in modern-day England, Ireland, and France as early as 1400 B.C., celebrated the festival of Samhain from October 31 to November 1 to mark the separation of the lighter half (summer) and darker half (winter) of the year. They believed that during this time, the boundaries between the human world and the spirit world weakened, allowing spirits to cross over into the human world. People often dressed up as spirits in order to blend in, and therefore avoid unpleasant encounters, with the actual spirits. 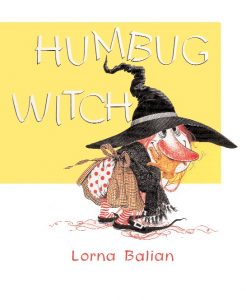 Then came Christianity. As Christianity spread, the church took these pagan traditions and layered in their own religious meaning in 1000 A.D. The new hybrid celebration not only replaced Samhain traditions, but was also a way for the church to encourage all classes to demonstrate Christian actions. Children and poor people would go around “guising,” or disguising themselves as representatives of the dead or the dead themselves, to houses of the rich and beg for food in exchange for prayers. A specific cake was given out called “soul cakes,” and thus this practice became known as “souling.”

In the nineteenth century, this practice shifted. Children still dressed up, but instead offered performances—such as singing, telling jokes, or other “tricks”—for food or money. This tradition made its way to America with the waves of immigrants, where it underwent another transformation into the more universally practiced “trick or treating.”

It is unknown from where exactly the term “trick or treat” came, but the first recorded mention was in a Canadian newspaper in 1927, and the name and the practice gained traction throughout Canada and the US. Instead of performing for treats, children pulled pranks or, in extreme cases, vandalized if they did not receive candy. As expected, this literal form of trick or treating was not popular with many adults and there was a lot of pushback against it. 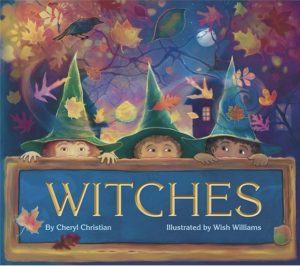 There was a brief period during World War II when this tradition was put on hold because of sugar rations, but the celebration returned to full force after the war with less tricking and more treating. With the new economic stability of the country, it became more common and convenient to give out prepackaged candy, in contrast to the treats of money or nuts that were previously favored. And that is how candy companies came to capitalize upon on this particular holiday, much to the joy of all the munchkins getting free candy.

Trick or treat, feed my need, give me something good to read! Get your little goblin goobers in the Halloween mood with adventurous friends in Witches or teach them to cast spooky spells (kind of) with Humbug Witch. These magical tales will bewitch your little monsters with the power of storytelling, no sugar needed!

Happy trick or treating everyone!